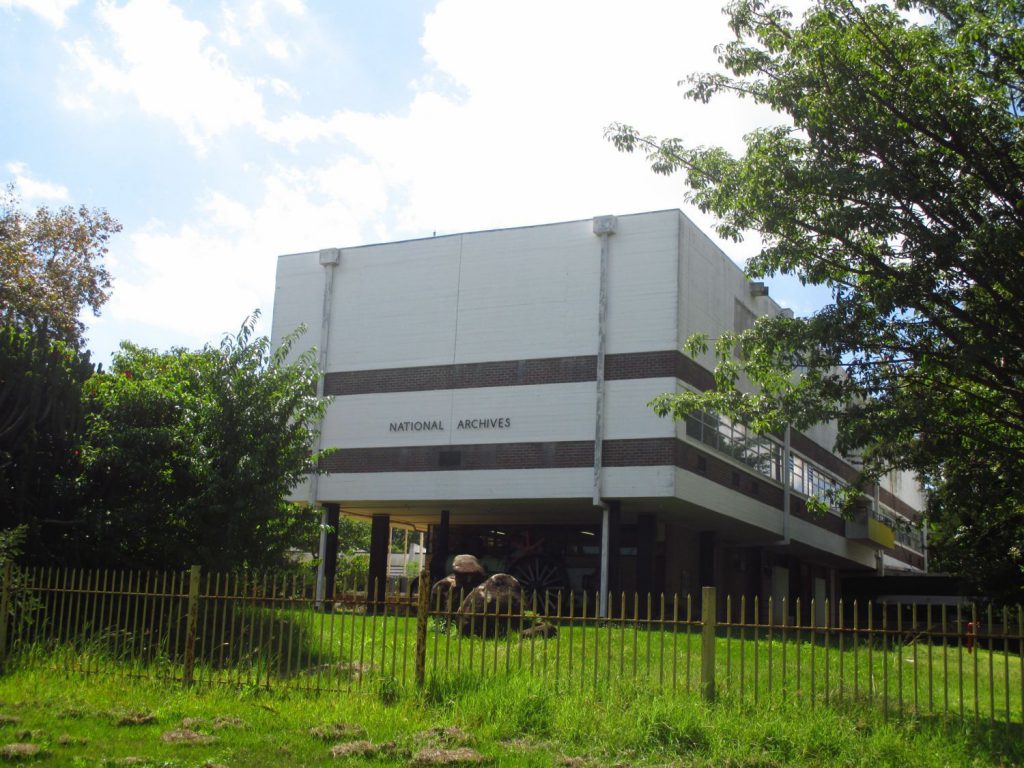 Zimbabwe is full of unexpected, delightful museums, some in the most remote, unexpected areas.  It often seems by comparison that Harare, as the heartbeat of the nation’s arts and culture, is disproportionately represented.  However, beyond the better-known National Gallery and the Museum of Human Sciences, several lesser known gems across Harare preserve and promote Zimbabwe’s rich heritage.

The National Archives of Zimbabwe (NAZ) is one of the must visit sites in the latter category.  Originally established in 1935, the current purpose-built facility celebrates its 60th anniversary next year. Located in Gunhill in the vicinity of several excellent Asian restaurants, a visit to its grounds and gallery make it an excellent destination before or after lunch.

According to its Facebook page, NAZ’s mission is “to acquire, preserve and provide access to documentation, in whatever format, which comprises a legal and historical record of Zimbabwe’s past and present.”  It attracts a stream of scholars and students researching the records of government as well as public and private institutions, while more amateur enthusiasts are often drawn to its extensive collection of newspapers and magazines or the rich visual history documented by NAZ’s Illustration Department.

More casual visitors are expertly catered to as well.  The sprawling Beit Trust Gallery on the building’s first floor is home to a permanent exhibition that primarily focuses on Zimbabwe’s colonial heritage.  Chock full of memorabilia, cartography, artwork, pictures, and printed materials, it offers stirring insights on Zimbabwe’s formative influences.  The final section chillingly explores the sacrifices and destruction wrought by the First Chimurenga in the late 19th century.

The facility’s spacious, leafy grounds provide a less sombre setting.  In addition to some unusual shrubbery, the exterior of the Archive is peppered with colonial relics, ranging from a statue of Cecil Rhodes to a Marmon armoured vehicle deployed during the liberation struggle.  Engraved boulders remind visitors of the importance of knowing their history.

Visit from Monday to Friday, 8:30am to 4pm to brush up on your history as well.  The Gallery charges a modest fee and be sure to come with ID. 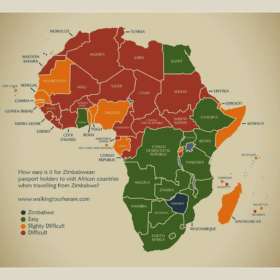 How Easy is it for Zimbabweans to Travel? 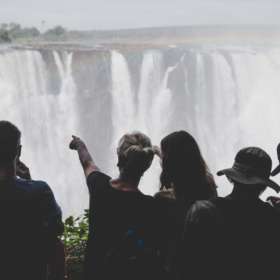 Places To Visit In Zimbabwe